Texas Has Elected A Climate Change Denier to the Railroad Commission

Ten years. That’s how long we have to make massive reductions in carbon emissions before some of the worst effects of climate change become irreversible, according to the United Nations’ Intergovernmental Panel on Climate Change. It will be nearly impossible to reduce greenhouse gases without better regulating the oil and gas industry, which has driven man-made climate change since the Industrial Revolution. But for six years of that crucial decade, a Texan who thinks that climate change is simply a sign of Earth “evolving” will serve as one of three state officials overseeing the oil and gas industry in one of the world’s richest oil fields.

On Tuesday, Republican Jim Wright, the owner of an oilfield waste recycling company, beat Democrat Chrysta Castañeda, an energy lawyer, for a seat on the Texas Railroad Commission. Castañeda wasn’t exactly a bleeding heart environmentalist: As an energy lawyer, she had previously represented the likes of T. Boone Pickens, the legendary Texas oilman, and campaigned on “responsible” energy production—such as reducing flaring, the practice of burning off excess natural gas at wells. Had Castañeda won the race, it could have shifted the Commission’s openly pro-business stance in the direction of environmental stewardship. The opportunity to reduce greenhouse gas emissions from flaring was so important that it led billionaire and former presidential candidate Michael Bloomberg to give Castañeda’s campaign $2.6 million in late October. The race for Railroad Commissioner may have been one of the most obscure elections this year, but it drew outsize national attention because of the outsize impact the next commissioner will have on climate change.

Wright, it seems, will fit right in with his soon-to-be colleagues on the staunchly free-market, regulation averse commission. About a month before election day, Wright made an appearance on a business podcast called Oil and Gas Startup. When the hosts asked Wright about his stance on flaring and climate change, he countered with another question: “Can you tell me of any exact research that says flaring is harming our atmosphere, any worse than emissions from a car or anything else they’re claiming is making changes to our climate?” The hosts of the podcast couldn’t answer, even though myriad studies and reports have established that flaring releases copious amounts of carbon dioxide, a greenhouse gas that contributes to climate change, into the atmosphere. What’s more, when flares are unlit or malfunctioning the gas can be released in the form of methane, a greenhouse gas that is up to 84 times more potent than CO2. Texas leads the nation in oil and gas production—as well as greenhouse gas emissions.

Wright’s campaign did not respond to multiple requests for comment, including a detailed list of questions regarding his remarks on the podcast.

Flaring has become one of the biggest issues facing the Railroad Commission in recent months, as environmentalists and oil majors have joined forces to address the issue. Environmental advocates see flaring as an emission source that can easily be reduced through better regulation; petroleum juggernauts such as BP and Shell see the practice as a threat to their bottom line. The two groups—who rarely agree on anything—have both called on the commission to support a ban on routine flaring. In April, the CEO of Texas-based Pioneer Energy called flaring “the black eye of the Permian.”

On Wednesday, the day after Wright was elected, a French power company dropped out of negotiations on a $7 billion deal with a South Texas liquified natural gas plant. The company—and the French government, which owns a 24 percent stake in it—expressed concerns that the gas it would purchase was “too dirty” since it was drilled from the Permian Basin, where flaring lights up the night sky. In other words, the mere association with the Permian’s incessant flaring was enough to sink the whole deal.

Ryan Sitton, the incumbent who lost his seat to Wright in a March primary, at least entertained the idea of action on flaring—in February, he produced a report that looked at flaring intensity, or the proportion of flared gas to overall oil production. Though environmentalists widely criticized the report for using metrics that were favorable to the industry, it was one of the first times a commissioner had even gone so far as to study the issue. In May, Sitton was the only commission to express concern about an industry plan to store oil underground, potentially contaminating aquifers. Wright’s policy platform similarly recycles industry talking points, though he seems to present a more reasonable stance on flaring than his public comments indicate, stating that the commission should seek out “bad actors” who take advantage of lenient policies.

“Texas continues with its ‘head in the sand’ approach while you have a growing electorate insisting that we act on climate.”

Wright said in the podcast interview that he was motivated to run for the seat after a run-in with commission staff, who “didn’t understand the oil and gas industry and its economics,” and wouldn’t let Wright’s staffers to help write guidance documents. In other words, they wouldn’t let Wright write his own rules. “They were adamantly against that,” he said.

Wright’s business has previously faced scrutiny from the Commission. In 2017, the Railroad Commission filed a cease-and-desist order against the Wright-owned DeWitt Recyclable Products and was later fined more than $180,000 for improperly handling waste at a South Texas facility. Wright has denied responsibility for the violations, and he’s facing lawsuits accusing him of fraud, which may still be in court when he officially joins the commission in 2021. Meanwhile, trade groups such as the Texas Oil and Gas Association have expressed confidence in Wright, saying that it believes he will “continue to embrace science-based regulation.”

The Railroad Commission already allows industry to heavily influence its decisions: When the commission formed a Blue Ribbon task force on flaring in December, it was composed entirely of Texas-based oil and gas companies and trade associations, masquerading under the banner of the Texas Methane and Flaring Coalition. “The commission essentially farmed out their policy-writing to an industry trade group and then adopted wholesale what that trade group told them was acceptable,” says Colin Leyden, the Environmental Defense Fund’s director of regulatory and legislative affairs. The coalition recommended a few toothless reforms requiring more paperwork for flaring permits.

As global pressure mounts on the industry to end routine flaring, other states have taken action. Colorado’s oil and gas regulatory agency just announced a ban on the practice. New Mexico has been moving towards stricter methane limits too. But these states account for a small portion of national emissions compared to Texas.

“Texas continues with its ‘head in the sand’ approach while you have a growing electorate insisting that we act on climate,” Leyden says.

The year 2020 saw more than its fair share of climate disasters: the busiest Atlantic hurricane season on record; millions of acres on the West Coast scorched by wildfire; global heat waves; melting permafrost and ice caps. It’s just a preview of what’s next, scientists say, if we don’t curb carbon emissions. Texas could be making a difference by ending flaring like other states, but there’s little chance of that happening under Wright’s watch.

The post Texas Has Elected A Climate Change Denier to the Railroad Commission appeared first on The Texas Observer. 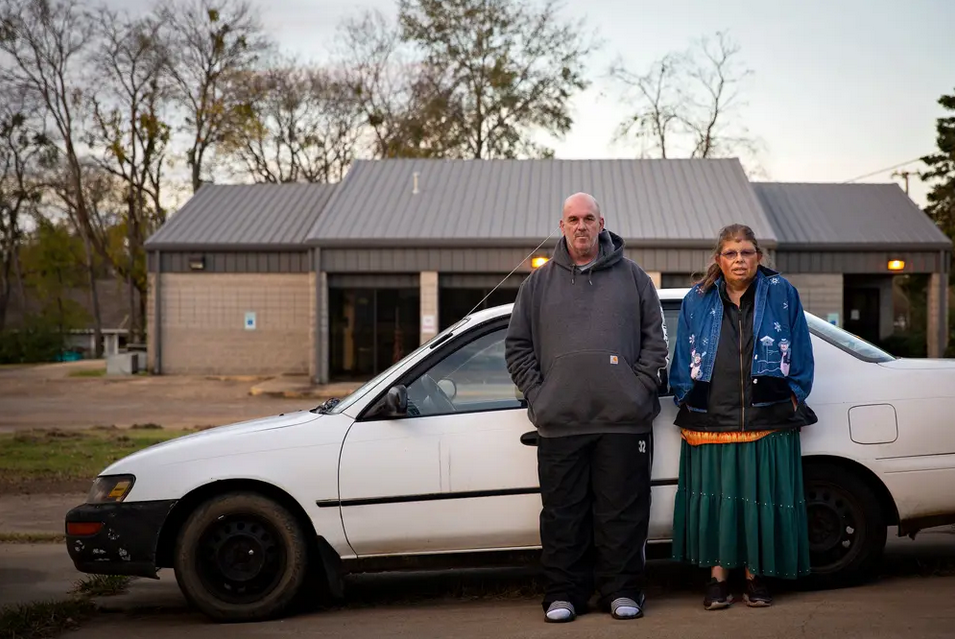