On a mild, showery day in August, Laverne Brackens sits in her bedroom with her daughters Lily Mays and Betsy Johnson. This is also her workroom, where she pins together cloth and sews while watching The Price Is Right on a TV mounted on a wall. Outside hangs a faded vinyl banner with black letters spelling out “Quilts of Color: Four Generations.” Buyers can call her and request personal quilts made with fabric she has at her shop or fabric that they ship to her.

Sitting in her chair, she asks her daughters to pull out a vacuum-sealed bag with four quilts rolled and packed gingerly inside. Many are quilts Brackens stitched with members of her family—her grandchildren, her daughters, her mother.

Mays and Johnson pull out a quilt blooming with fuchsia and purple diamonds, stitched together like an explosion of geometric spears. Brackens, 93, named the quilt the Texas Star. When she completed it only a few years after retiring in 1987, many people tried to purchase the piece from her, offering thousands of dollars. But she refused to be coaxed. Her own mother, a seamstress, had helped her with the stitching—and restitching. Brackens is a renowned quilter and the recipient of dozens of awards and accolades. In 2011, the National Endowment for the Arts named her a National Heritage Foundation fellow, the highest honor for both folk and traditional arts in the United States. The same year, former first lady Michelle Obama commissioned Brackens to quilt a gift for the first lady of South Korea. Although Brackens has received many prestigious honors, the fabric of her East Texas family legacy is sewn together by a form of folk art that’s been mischaracterized in the past and is evolving today.

There are Black quilters in the state who make quilts for art shows and museums, like Houston artist Carolyn Crump, whose quilts chronicle African American culture. But Brackens makes her quilts for the purpose of being used. Brackens often chuckles at buyers who frame the quilts they commission from her directly or buy from museums and at folk art sales.

Since the early 20th century, quilts made by African Americans have been characterized as mostly improvisational, sewn together randomly with no intended pattern. But according to Carolyn Mazloomi, the founder of Women of Color Quilters Network and an independent scholar, early white scholars and collectors identified the quilting technique as being uniquely used by African Americans. That characterization was wrong, Mazloomi says, because African American quilters have often used the same quilting styles as other quilters across the country, with only regional distinctions.

What distinguishes a quilt made by Brackens and other East Texas quilters are the stories and experiences of the African Americans who actually piece the fabric together. Designs featuring sewed-on letters and images capture and amplify that experience. Mazloomi says each quilt is a historical document that African American quilters create from their lived experiences.

“We vary in designs, but the gift [of quilting] has not changed,” Mays says.

Brackens grew up in Fairfield, a small town in East Texas’ Freestone County, the oldest girl of eight siblings. She remembers “gettin’ dirty and climbin’ trees” with the boys in her neighborhood and spending summers traveling to West Texas with her family to pick cotton and peas before she would return back to school in the fall. But it’s her memories of watching her mother, grandmother, and aunts sew quilts from a quilting frame extended from the ceiling that would inform her own sewing. The women lived in four houses on what was once an unpaved street, only a block from where Brackens lives now. While the women worked, Brackens spent her time on the floor underneath the cloth, catching stray pieces of fabric that would eventually adorn her baby dolls and absorbing the sewing lore of her family’s matriarchs. Brackens’ adult life took her away from quilting. After getting married at 18, she and her husband had eight children. Her husband died more than 55 years ago, before the birth of her youngest child. To support her family, she worked in restaurants, took over her husband’s job helping to load chicken trucks at a local chicken farm, and, later, worked in the kitchen of the local state school. In 1987, an accident with a food cart sent her into early retirement.

Each quilt is a historical document that African American quilters create from their lived experiences.

Brackens began quilting because she was restless. “Before, you say, ‘Oh, lord, I can’t wait to retire,’ and then when you retire and you stay out of [your old job] for three to four months, you’re bored,” she says.

“I just wanted something to do,” she says, chuckling. “It used to drive Mother crazy. I was always calling her to tell her how bored I was, and she said pick up the scissors and get to quiltin’.”

A quilt consists of three pieces: the top, which usually holds the quilt design; batting, which insulates the inside; and the backing, which is the bottom layer of the quilt. Brackens remembers how Mother and her aunts would come together to attach the three layers of fabric. It was faster that way.

According to Jeanne Fletcher, a member with the Texas Association Quilt Guild, which until this fall helped quilting groups connect and create community across the state, quilting is still a much-practiced tradition. But, as in all folk art, trends change. Quiltmaking historically consisted of sewing circles, like the one in Brackens’ family. Since COVID-19, many sewing groups have either ceased meeting or found virtual alternatives to craft together.

Today, Brackens quilts with her own daughters and grandchildren, a rare but appreciated occurrence. Crafting has always been “in [her] family genes,” she says. She hopes the gift of quilting will pass to a fifth generation—her great-grandchildren. Until then, she’ll keep her hands busy while hoping those who purchase her quilts use and take care of them.

“I would just like [people] to appreciate them,” she says.

Bringing the Dead Home: Thirty years after Congress passed the Native American Graves Protection and Repatriation Act, only a fraction of human remains held by Texas’ museums and universities have been returned.

How We Got Here: Texas’ health system has been underfunded, understaffed, and unprepared for years. Here, COVID-19 found the perfect place to spread.

Local Organizers Explain the Republican Surge in South Texas: Democrats have long taken Latino voters for granted, while Republicans have worked to fill that organizing void.

The post Quilts of Color appeared first on The Texas Observer. 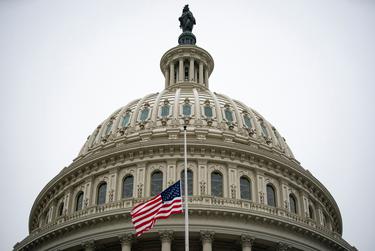 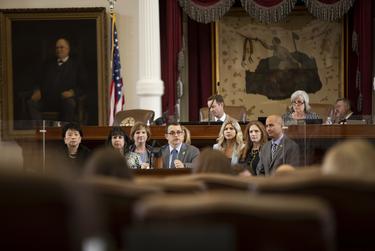