Alok Vaid-Menon has always liked to surprise people with poetry. As a high school student in College Station, they printed out poems and distributed them through classrooms and hallways. In college, they would jump up on cafeteria tables to deliver a poem to a chance crowd. “I’ve always just believed in the power of poetry to interrupt the ways that we’re speaking and to try to create something beautiful and poignant,” Alok says.

Alok is a Texas-born, New York-based writer and mixed-media and performance artist who uses their work to explore race and gender. They were a participating artist in In Plain Sight, a skywriting project opposing immigrant detention that took place above more than 80 locations in the U.S. over July 3 and July 4. At each site, many home to detention centers and immigration courts, planes spelled out messages like “Care Not Cages” and “La Frontera Nos Cruzo.” The intention was to remind residents of the detention centers in their backyards, where immigrants routinely face inhumane conditions. In Conroe, Alok stood on the road to the Montgomery Processing Center as their message—“God Brown America”—floated above the city on July 4.

Alok spoke to the Observer about poetry, growing up in College Station, and the plight of immigrants held in detention.

Texas Observer: What was the thesis behind the In Plain Sight project?

Alok Vaid-Menon: Originally, the idea was the sky has no borders, so making people look up would allow them to recognize that we’re all connected. Part of the desire for the airplanes was to find a way to publicly visualize something that has been invisible-ized, to stop people in their days and in their tracks. It also comes from the legacy of guerilla-based performance art practices that interrupt people’s day-to-days. We were hoping that a surprise element would encourage people to figure out what’s going on and then find out more about how to get involved in the work to end migrant detention.

Why did you get involved in this project?

I’m a trans person and gender nonconforming person. There are many trans and gender nonconforming migrants who are undocumented, who are fleeing from their countries of origin, and are coming to the United States thinking that they will be able to get refuge or asylum, who are then often detained in immigrant detention centers where they’re more likely to experience gender-based violence, sexual violence.

I wanted to point out the contradiction. This country purports itself to be a safe haven for LGBTQ people, but it routinely tortures and harasses trans and gender nonconforming migrants in detention. I had known about the case of someone named Roxsana Hernandez, a trans migrant who died in [ICE custody]. A lot of activists have been trying to draw attention to her not as some sort of exceptional case, but as testament to how trans and gender nonconforming immigrants are treated in these facilities.

Also, I’m the descendent of immigrants. On my mother’s side, my grandfather was a refugee from what is now understood as the Partition, between Pakistan and India. My grandfather had to leave his home because of violence and instability. He had to live in a refugee camp, often dealing with neglect from the government.

I see all of these people who are going through incredibly difficult circumstances, who are framed as criminals and bad people, but are actually just families being torn apart. These are people who are looking for a better life, who deserve to be treated with respect and dignity—and have access to basic hygiene during a pandemic. I feel a deep personal stake in the status of immigrant rights and a belief that this country can be for anyone.

What does it mean to you to be doing this project in Texas, where you grew up?

I grew up in College Station in the early ’90s, and it was very different from now. It was like a constant experience of being made to feel unwelcome on many fronts. As the descendent of immigrants, as a person of color, as someone who is not Christian, and then on top of that as someone who is visibly gender nonconforming. “You’ve been taught that there’s only one way to live. Let me expand your horizons of what’s possible.”  Courtesy Alok Vaid-Menon

I’ve always felt a little bit sheepish that so much of my artmaking has been outside of Texas. I think a lot of us who grow up here, especially as queer and trans artists of color, end up leaving because it was so traumatic. But that doesn’t actually challenge the places that need to be challenged. I had this kind of renaissance in my personal and my professional life last summer. It was my 10-year anniversary of high school graduation, and it was the 50th anniversary of Stonewall, the rebellion that launched the contemporary Pride movement. I decided to put together a Pride party in College Station last summer. I was so scared, but we ended up having a couple hundred people come. It was this really beautiful moment for me where [I realized] I really want to get involved more in my hometown.

The truth is there are immigrants, there are Black people, there are queer people everywhere. Not just in big cities, and not just on the coast. There are also all these communities in immigrant detention systems. So I feel like [the In Plain Sight] project has taken a new direction as well, in light of these movements where people are calling for defunding the police and making the connection that immigration officers are part of this extended police force—that prisons and detention centers are part of this same system where we spend billions and billions of dollars breaking apart families; locking up people; exposing them to rampant neglect, violence, and abuse, when that money could actually be going to supporting communities.

How does this project fit into your broader artistic practice?

I try to use art to challenge gender and racial norms, to say I’m not some freak anomaly. You’ve been taught that there’s only one way to live. Let me expand your horizons of what’s possible.

I see this project as revealing how, on the one hand, this country has a rhetoric that it is “free for all,” but that’s just not the case when you’re undocumented, when you’re a person of color, and a migrant. And as a way to say that this is not normal that we have these places that are torturing so many immigrants—and to insist on a new normal. One in which all people are able to achieve a good life without fear of persecution or violence, regardless of their country of origin or their citizenship status.

As a poet, how does it feel to know your words were literally in the sky? That seems like such a dream.

I think it’s every poet’s dream to have our words be seen. People just kind of stumbling on a poem is really beautiful to me. I think everyone needs poetry, it’s just that people don’t know that they need it.

What were you thinking about as you wrote your message?

So often the way that racism operates is through patriotism. People will say “God bless America, this is the best place in the world, bless your heart.” I actually think there’s a way to be proud of this country in terms of inclusivity and intersectionality.

I think my job as a poet is to cast a counterspell—to say that what makes America wonderful, and beautiful, and dare I even say great, are the parts that are so often demeaned and dismissed and ignored. We have to confront the crisis of immigration detention in order to actually live up to the kind of principles of freedom that we think that this country is about.

This interview has been edited for length and clarity.

Between Borders: From a doctor stranded in Ciudad Juárez to a shelter closed after an outbreak, COVID-19 is hitting hard along the Texas-Mexico border.

Young Texans Keep Spelling Bees Going From Home: When the Scripps National Spelling Bee was canceled in March, two former competitors from The Woodlands stepped up to organize a virtual bee. Now, other bees are following suit. 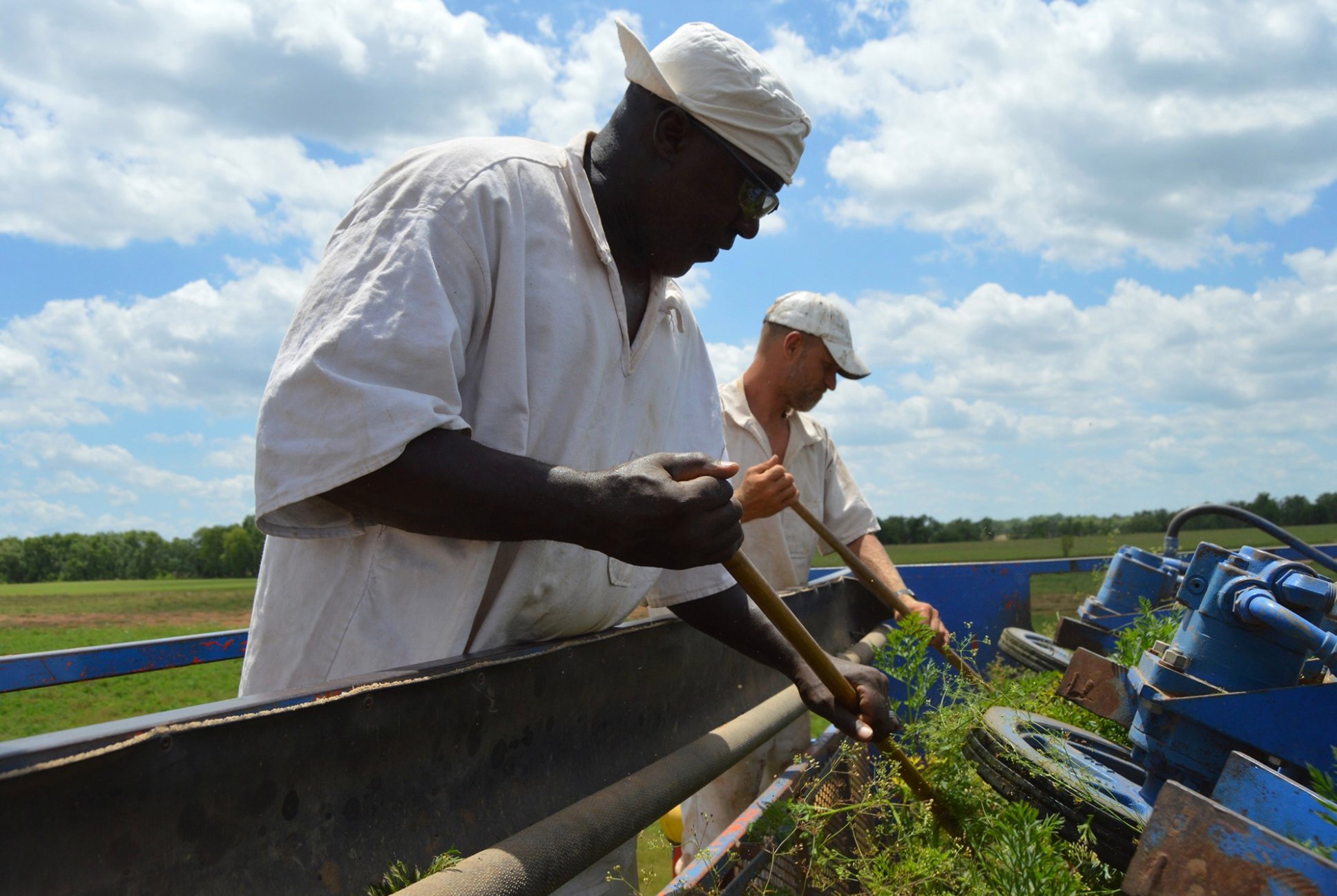 Will The Reckoning Over Racist Names Include These Prisons?