The COVID-19 pandemic threatens the future of the barbecue joints, taco trucks, bánh mì shops, and country cafes that make up Texas cuisine. Julia Robinson
An employee at Bufalina, a restaurant in Austin, waits to deliver pick-up orders.

First, South by Southwest was canceled, the canary in the quarantine coal mine. In 2019, the conference had an estimated $356 million impact on Austin’s economy, but with more than 400,000 attendees poised to gather in Central Austin, and with COVID-19 looming, Mayor Steve Adler declared a local disaster, canceling the festival.

The cancellation was the first of many devastating blows to Texas restaurants. A respiratory illness that spreads through sustained proximity to infected parties is uniquely suited to decimate an industry that makes its money off encouraging folks to linger over food and drinks. Texas restaurants were threatened the instant COVID-19 arrived.

Soon, cities and counties across the state started closing restaurant dining rooms, with a statewide order to do so taking effect on March 19. Delivery and takeout were still allowed, and beverage laws were relaxed for alcohol delivery, but owners, particularly those running small, independent restaurants, had to make some tough decisions. Should they stay open and serve takeout? Close entirely? Lay off staff to cut costs, or try to keep as many on payroll as possible? And what would they do if someone got sick?

Independent restaurants operate on ruthlessly thin margins. Real estate and payroll make up the bulk of a restaurant’s overhead, particularly onerous when a dining room sits empty and staff have no customers to serve. Restaurants make most of their money off alcohol, and diners ordering to-go food weren’t buying round after round of margaritas or pricey bottles of wine. As well, no one could predict how busy takeout or delivery operations would be. Restaurants just weren’t built to survive sudden, extended closures. According to a survey of restaurants done by the James Beard Foundation in March, 60 percent of respondents did not have enough capital to survive a one-month shutter.

In February, Texas restaurants employed 1.2 million people. According to the Texas Restaurant Association, by late April, 700,000 had already lost their jobs. But Texas stands to lose so much more than jobs. Texas is lucky to boast some of the great regional cuisines of the world, and much of it is restaurant-based. Restaurants are neighborhood hubs and cultural centers, and they are vital components of the many diverse communities across the state, comprising barbecue joints, taco trucks, bánh mì shops, and country cafes that make up the state’s unique cuisine. If the small, family-run restaurants of Texas go under—the likes of which invented Texas barbecue and Tex-Mex and will continue to influence the Texan cuisine of the future—what will be left? The Cheesecake Factory? Steven Dilley owns Bufalina in Austin. He has pivoted the small dine-in business to an online-only, contact-less pickup service. The once-intimate dining room on East Cesar Chavez is now filled with takeout pizza boxes and bottles for a new wine club.  Julia Robinson

“We went from running two fully operational restaurants to running one week of takeout-only, to closing for eight weeks, to reopening … with a revised takeout-only approach,” says Steven Dilley, the owner of Bufalina, a pizzeria in Austin. Takeout-only allows Bufalina to control demand, he says, which makes it easier for a smaller crew to follow distancing protocols. “It also means we’re selling less food than we could sell if we brought in more hands, but our current approach prioritizes safety while bringing in some revenue, which hopefully means we’ll be able to stay in business.” As of late May, the restaurant had been able to retain every employee who wanted to stay.

Restaurants also had to get creative. Fine-dining establishments were suddenly serving burgers and pizza to-go. Many, like farm-to-table restaurant Dish Society in Houston, realized that because restaurant supply chains are distinct from grocery supply chains, it could provide staples like flour, eggs, and toilet paper to customers having difficulty finding these items in stores. Family meals and take-and-bake meal kits popped up. Bufalina launched retail wine sales; breweries sold so much beer to-go there was a brief shortage of crowlers (can growlers) across the state. Still, despite trying “to give as many staff members opportunities to work as possible,” says Jeff Solomon, a general manager of Dish Society, the restaurant furloughed a significant portion of its team.

It was marginally easier for food trucks, which didn’t have dining rooms to shut down. But they did lose out on wedding and events season: Because of their mobility, food trucks are often hired to cater parties and other spring festivities. “We lost thousands in the last few months but were able to pivot our business model to a drive-through,” said Evan LeRoy, the owner of barbecue truck LeRoy & Lewis in Austin. Customers order at the food truck, which remained open for pickup and operates as usual.  Julia Robinson

On March 27, Congress passed the CARES Act, intended as an economic relief package for citizens affected by coronavirus shutdowns. This included the Payroll Protection Program (PPP), which provided forgivable loans to small businesses and seemed, at first, particularly well-suited to help restaurants. Keep your staff on payroll for eight weeks and spend 75 percent of the money on paychecks and the Small Business Association would forgive the loan. Surely, that would help restaurants power through the shutdown. (Or the first wave of shutdowns, anyhow.)

Instead, the PPP was a mess from the outset. With little notice of the program’s launch, banks scrambled to put loan applications together. Meanwhile, large restaurant chains like Ruth’s Chris Steak House, Shake Shack, and Taco Cabana—which confoundingly fit PPP’s legal definition of “small business”—slurped up loans. PPP’s first round of funding dried up by mid-April, leaving many Texas restaurants without much-needed loans.

The fund was renewed, but the stumbling rollout introduced new chaos into an already-unstable restaurant industry. Restaurants with menus reconfigured to suit takeout and delivery assumed they’d make payroll thanks to PPP funds and had to pivot again, or close when they were denied. On the flip side, if unexpected PPP loans did come through, shuttered restaurants were required to use them on payroll—which could mean suddenly reopening in order to put newly rehired staff to work.

Was there even a way to be profitable in this new, bizarre world? While operating a virtual farmers market and selling takeout, Solomon of Dish Society said sales were down 30 percent as of late April. And Joel Schuler of Little City Coffee Roasters, an Austin coffee shop and roastery that supplies restaurants, said sales were down 25 percent after restaurants shut down.

And, of course, some restaurant workers got sick. State guidelines required symptomatic restaurant employees to go home, but some restaurants, including Austin’s Home Slice and Dallas-Fort Worth’s El Paseo, temporarily shuttered their entire operations when employees tested positive for the virus. The toll of opening and closing a restaurant repeatedly can be high: Consider the stocks of fresh ingredients that won’t last for two weeks of employee quarantine and need to be reordered upon reopening. Consider paying employees to self-isolate, or, conversely, the disruption of yanking them on and off payroll (and potentially violating the PPP forgiveness terms). Consider that, if they do get sick, most of those employees don’t have employer-provided health care. An employee at Bufalina delivers takeout pizzas to customers waiting outside.  Julia Robinson

“Many restaurants either don’t provide health insurance or it’s a policy so lacking in coverage it’s not worth getting,” says Michael Fulmer, a server and manager at Killen’s STQ, a steakhouse in Houston. “My employer offers a good health insurance policy, and though I was furloughed, they covered all of my insurance premiums. This is a big deal for obvious reasons. Covering all of my premiums could not last forever, and we have reopened in a limited capacity. Room is being made on the schedule so I can work, at the very least to make enough to keep my health insurance until we hopefully transition to more business.” Before the pandemic, a mere 31 percent of restaurants in Texas offered health insurance to employees.

When Governor Greg Abbott allowed restaurants to reopen their dining rooms in May—first at 25 percent capacity and then 50 percent—restaurants that had settled into an uneasy curbside and delivery routine had to adapt, and quickly, to another new set of circumstances. Many chose not to open their dining rooms—it’s a rare restaurant that can be profitable only partially full, and some found opening just too high a risk to take, for their customers and employees.

“We would love to get back to ‘normal’ as quickly as possible,” Soloman says. “However, I think it will be a long time before restaurants have consumer confidence and the health experts let us know we can go back to the dining style we had pre-coronavirus.” Dish Society opened its patios for socially distanced dining in May and its dining rooms to 50 percent capacity on June 1, in keeping with the governor’s guidelines.

Reopening is likely only the next phase of the struggle for restaurants, as the pandemic continues with no real end. “I want restaurants to look like they did before. After? When is after? In one year, I hope we are dining out again semi-regularly. In three years, I hope we can have SXSW again,” LeRoy says. Evan LeRoy, of LeRoy & Lewis, was in the midst of negotiating a loan for a brick-and-mortar location for his barbecue food truck when the pandemic hit. He secured a PPP loan and retained all eight of his employees.  Julia Robinson

But there are some serious questions we can ask in the meantime: What should restaurants look like going forward? Can employees and customers be kept safe? How can we ensure it’s not just the big chains that survive COVID-19, but beloved local institutions and irreplaceable family-run restaurants, too?

Despite the governor’s reopening schedule, we may be operating in pandemic mode for some time, opening and closing dining rooms until we have a viable treatment or vaccine for COVID-19. Restaurants need clear, consistent, enforced guidelines to help protect their employees and customers from the virus, and financial assistance to make up for lost sales. If they are going to risk exposure, employees need health insurance. Otherwise, we may face a future where Texas restaurants are bleak, corporate, and homogenized—nothing but chains lining the highway, as far as the eye can see.

Paula Forbes is a food and restaurant writer in Austin. She’s the author of The Austin Cookbook and the editor of Stained Page News, a cookbook newsletter.

Muslim Activists Say It’s Time to Join Black Lives Matter Calls to Reform Law Enforcement: A Dallas mosque’s decision to partner with law enforcement during a nation-wide reckoning on the role of policing fits into a broader hesitation from Muslim communities to jeopardize relationships with police departments.

Andrea Roberts Is Working to Define What Free Black Space Is: Through the Texas Freedom Colonies Project, researchers are working to liberate data on behalf of Black Texans.

The post Open and Shut appeared first on The Texas Observer. 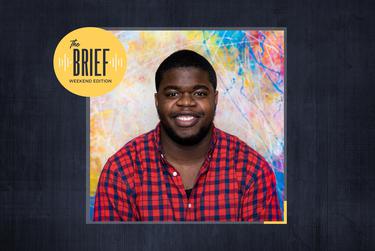 Texas Capitol staffer says pandemic protocols are a must this session: “It’s the ability to think of others” 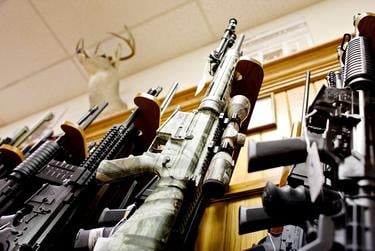 The NRA says it’s moving to Texas. Bankruptcy experts say it may be more of a legal move than a physical one. 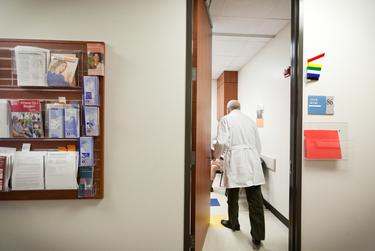